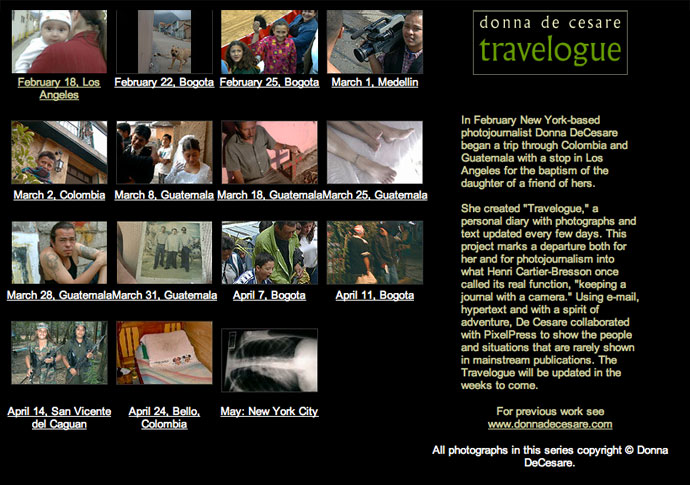 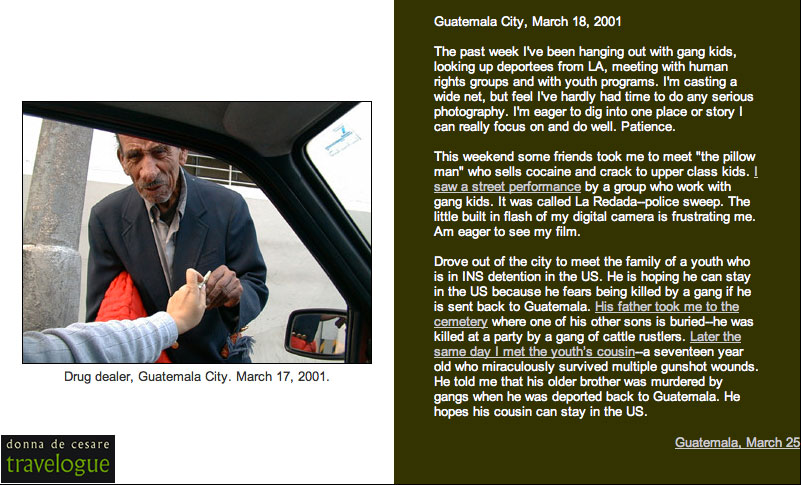 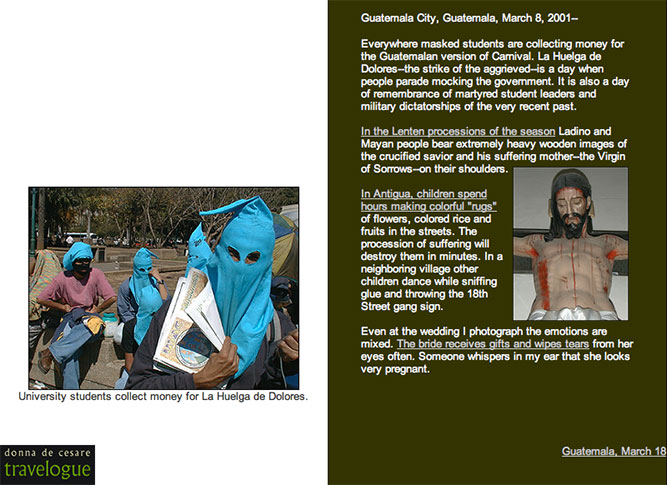 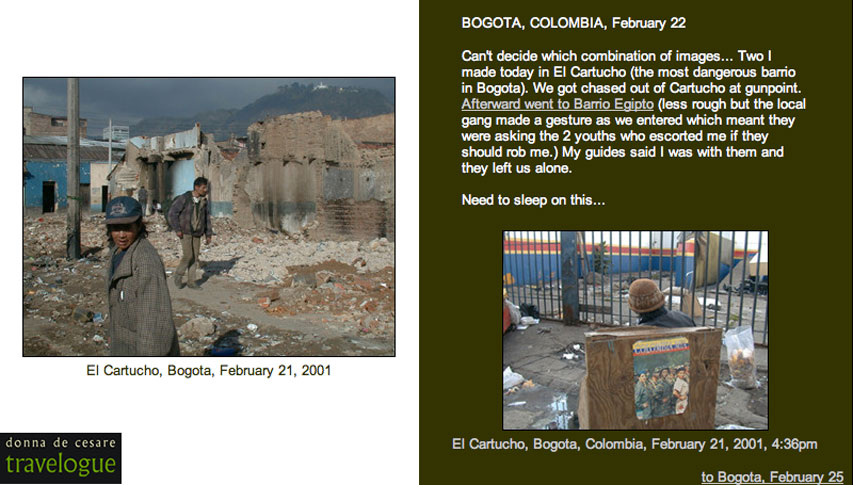 A Journal With A Camera

With Pixelpress, in February of 2001 I created a digital sketchbook. We called it travelogue and it was an experiment in using digital photography and hypertext to create a new kind of online diary. It became a point of reference that influenced the content and form of my documentary work on gangs.

We launched Travelogue as I began a trip through Colombia and Guatemala, first stopping in Los Angeles for the baptism of the daughter of a good friend, who had past experience with gangs.

The project was very different for me. It was a departure from the “objective” outsider stance of some photojournalism and a commitment to the personal perspective and to what Henri Cartier Bresson called “keeping a journal with a camera.” Fred Ritchin and the staff at Pixelpress supported my experiments and encouraged me to include email and hypertext along with a less “polished” exploratory approach to the process.

I used an early Nikon digital Cooplix camera for the diary although I continued to photograph with black and white or color transparency film for my more developed and “serious” documentary work. The Coolpix I used like most of the early generation of digital cameras was limited. I was frustrated by the time the camera took to record the image after pressing the shutter. It challenged my sense of timing and forced me to make images that were very different to the ones I usually made.

Sometimes I wished that I had “better” pictures. At the bullfight for example, I did not bring my film camera. But the experience of trying this experiment profoundly changed the way I would think about photography and about storytelling.