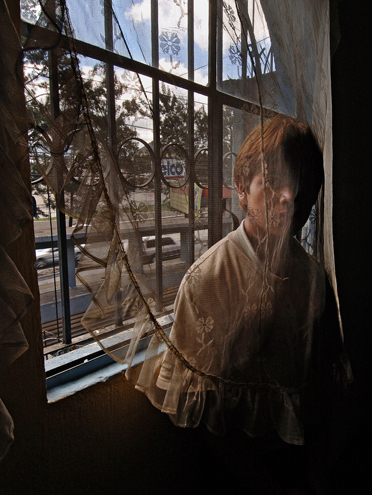 “My life turned bad when I was 11 that is when I started doing drugs. But before that things were rough too. My father was in the Guatemalan army. He and my mom were fighting all the time. My dad is the first one who got addicted to drugs. My mom left him for my stepfather when I was 5.

My father was murdered when I was 7 and my uncles said it was my stepfather who paid to have my father killed. I don’t know if it is true, but I went back to live with my mom even though I hated my stepfather. That is when I got deep into drugs. I was full of hatred. My parents tried to talk to me but I didn’t listen. I got deeper and deeper into drugs and finally after a month they kicked me out.

I was 14 then and I had nowhere to go. I began living with friends or just anyone I met. I felt upset that my parents kicked me out but they told me not to come back if I didn’t stop the drugs. I couldn’t. I went first from marijuana, then to cocaine, then to crack.

Finally I went to look for my grandfather. He wasn’t my real grandfather; he was my grandma’s second husband. But my grandma had died and after this he went to live near the border with Honduras. I always liked him so I went to find him. When I got there I found out that he had a new wife. She was much younger than him. She was from Honduras. She used to give me drugs. That is when I learned that she was really a prostitute.

I wasn’t in love with her but sometimes I was lonely. She would give me crack, cocaine any drugs I wanted just like that for free. Well not exactly for free. She wanted sex. She was 27 and I was 14. I would get drugged and then I didn’t even remember what happened. I lived there for two years till I was sixteen. After that I came back to the city. I was feeling sick; I don’t know what is wrong. They tell me I have that sickness that kills you. I feel weak because of all that I’ve been through. But I hope maybe I don’t have HIV. “

(Since this conversation Misrael has been hospitalized with HIV related illness, He is no longer in denial about his status and is taking anti viral drugs.)

"Donna De Cesare’s long years of committed observation, her keen understanding, and her camera eye combine to form something as necessary as it is unusual: an essential history of a phenomenon. She describes the devastation of El Salvador’s youth carefully and precisely, and rids us of all the stereotypes. There is no shock here; only compassionate understanding."